When the leader of the most powerful nation on earth realized just how powerless he was in the face of some laws of his nation, he broke down and wept. Early this year, President Barack Obama wept openly, and in front of cameras, as he spoke about the rampant deaths of school children at the hands of rogue gunmen. He was particularly moved by the deaths of 26 people including 20 children, at Sandy Hook Elementary School in Connecticut. But his deepest frustration came from the fact that, in spite of these many deaths, gun lobby groups had stood against introduction of laws that would control easy access to guns. Congress appeared to play ball, leaving the President almost helpless.

Likewise, President Uhuru Kenyatta last week publicly expressed deep frustration over rampant corruption the country despite his efforts to curb the vice. “If there is one issue that has frustrated me, it is corruption, because the pressure is on me to do something about it,” the president lamented. An obviously emotional President went ahead to single out key officials in government he deemed to have failed him in this task.

He wondered why the Chief Executive Officer of the Ethics and Anti-Corruption Commission, Attorney General, Director of Criminal Investigations, and the Judiciary had failed to tackle the vice in spite of being provided with all resources the institutions had requested. But, what seemed to irk and frustrate the President even more is the fact that he has no legal power to remove any of these constitutional officers from their jobs, even if they failed in their duties. Indeed, constitutionally, such a process is long and tedious, and cannot be initiated by the President.

At the centre of the frustrations of these two leaders seems to lie the oft debated role of power and authority in leadership. To be effective, every leadership position must come with the twin enabling ingredients of power and authority. Whereas power is the ability to make things happen, authority is the conferred legitimacy of power. Therefore, to exercise power without or beyond authority is anarchy-a dangerous tyranny. Yet, to have authority without power is a travesty- a frustrating helplessness. It would appear that for the US and Kenya, the fear of the former ended us up with the latter. Because of our near similar history of abuse of power, we created systems and structures that have ensured that our leaders enjoy authority but with little or no power. In both countries, the real power resides in various commissions and boards, and especially in Congress (US) and Parliament (Kenya).

In leadership practice, such situations are cured by the introduction of systems and structures that ensure a healthy balance between the exercise of authority and the use of power-conferring responsibility with requisite accountability. In the US, for example, the President has broad powers to manage national affairs and the workings of the government. The President can issue rules, regulations, and instructions called Executive Orders, which have the binding force of law upon federal agencies but do not require congressional approval. They are, however, subject to judicial review and interpretation. In this way, the President is not totally robbed of essential power.

It is in this regard that, though Obama wept, he nevertheless exuded confidence that he would crack down on America’s rampant gun culture. He declared, “The gun lobby may be holding Congress hostage but they can’t hold America hostage. We can’t accept this carnage in our communities.

In the words of Dr. King we need to feel the fierce urgency of now because people are dying. The constant excuses for inaction no longer do, no longer suffice.” And with that, Obama said he would bypass the Republican-led Congress to introduce the restrictions using his own executive powers.

In Kenya, there does not appear to be any such powers conferred upon the President. This must be addressed so that the buck legitimately stops at the top office.

Otherwise we may find, as Aeschylus, the ancient Greek tragedian put it: Excessive fear is always powerless.

One thought on “Leadership must-haves: power and authority” 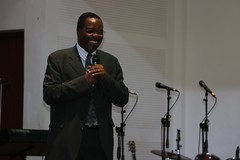 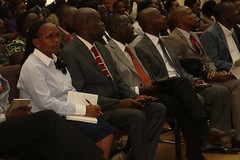